Do I look familiar to you?
That's because we've likely already meet. 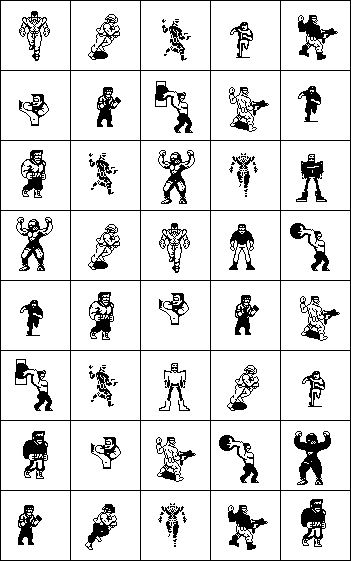 You've probably fought me a hundred times.
Maybe you won a few rounds, maybe you used a cheat code.
You didn't know it was me, but I was there in your childhood.
Waiting at the end of a level.
Guarding a door.
Standing between you and your princess / girlfriend / treasure hoard.
But those were the old days.
No money in being a mini-boss,
so I turned my services to being a Vector Detective.
If it's in the Vector, I can find it.

Today's quarry was not an easy one.
Needed to find a tractor trailer hauling a POW.
Snatch and grab while it's in the Vector Stream,
a sort of highway that leads to different levels.

Not an easy job for me,
but an impossible one for anybody not born in the Vector. A simple chute in did the trick,
coating myself in black stealth
power-up to cover my entrance.

Velocity is good, time to cut the chute.

Inches away, I see movement.
Panel near the cab, security is awake. Shotgun Troopers, deadly but not smart. I got two throwing stars for them.
Stealth skin starting to fade. They were expecting a gun fight, not shurikens.
You can beat any NPC easily with
gear from a different game, they aren't programmed to counter it.

Tossed their bodies aside,
hear the fizzle as they pass
through the Vector wall into some unknown level.
They'd have done worse to me. Back of the trailer explodes outward.
I'm thrown to the front cab.
Ears ringing, mind spinning.

My swords fall under the trailer.
Once again a fizzle as they exit the stream,
hopefully not impaling anyone in
some non-violent game about farming.

My arm feels like it's going to tear off at the shoulder.
I hear rustling at the back of the cab.
Did they kill the prisoner? Explode him? 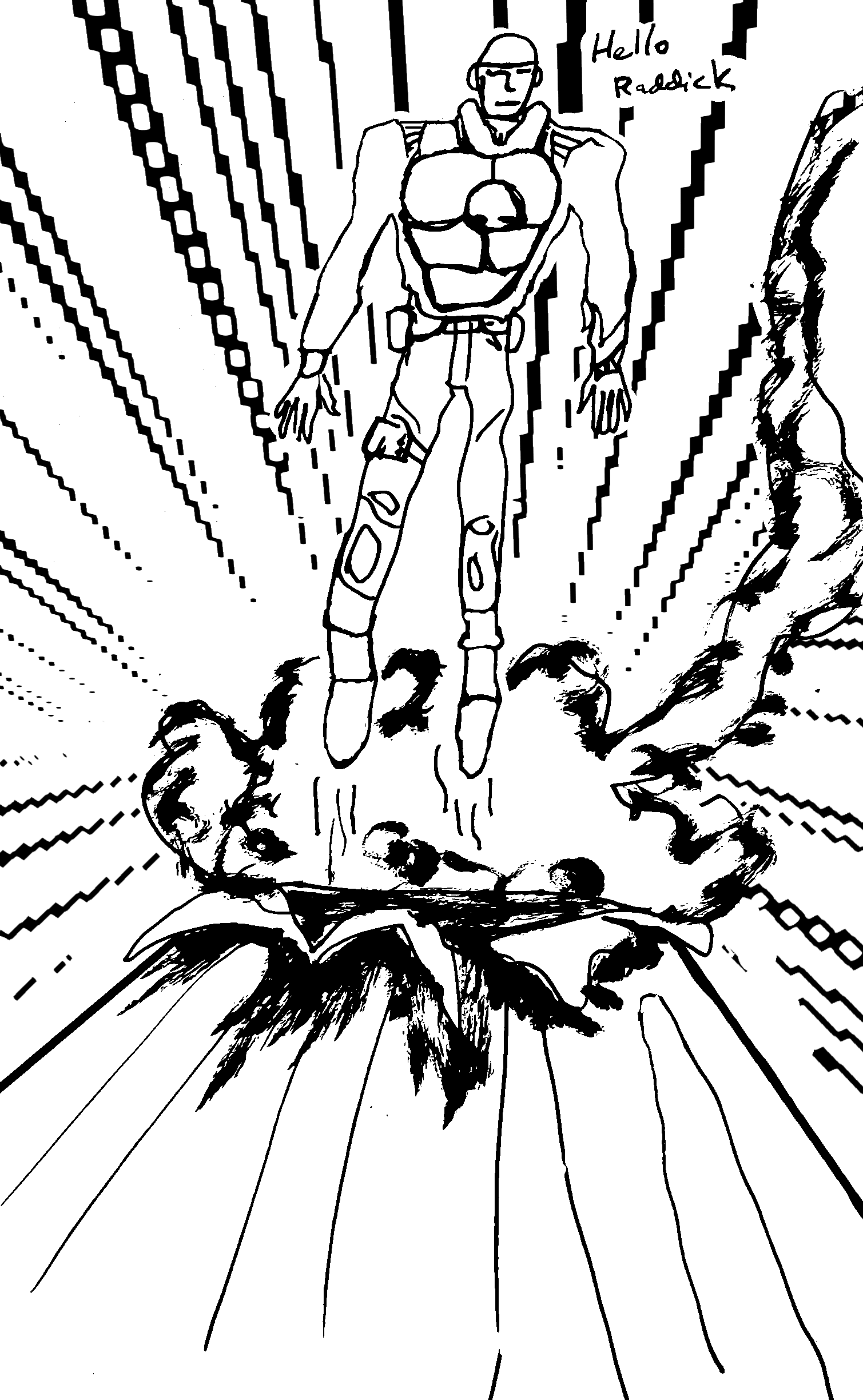 I know this guy.
Marson.
Green, bald fucker.
Nasty.
He's floating non-chalantly, not bound by game rules.
His body looks translucent, probably holo-porting in.
Should've known this was all a trap.

I try to get low. He's inching closer to me.
"Raddick, the Vector Detective. We've never met,
but I've admired your work for a long time.
I actually had hoped we might work together one day."

I'm weaponless, arm dislocated, traveling at
light-speed on the grill of a transport.

"You chose to help the rebels and so
I can't let that stand. But you're too valuable to kill.
So, I'll make you an offer.
Get you back in the mini-boss lifestyle." "I'm placing a kill order on you. Everywhere you go,
every denizen of every level on the Vector
will hunt you, endlessly.
When you tire of being in the cross-hairs,
simply come work for me
and I will call it all off."

I took a moment to stare at him as
the air whipped around me.
I could make a leap for his throat,
but if he was holo-porting,
there wouldn't be anything to grab.
There was a second option.

Pushing off the side of the cab,
I threw myself off the trailer, into the vector wall. The next couple seconds are a blur.
I remember tumbling... and then I remember taking a nap.